Plex, PlexConnect and OpenPlex are working on macOS 10.12.2 Sierra and Apple TV 7.2.2 software: 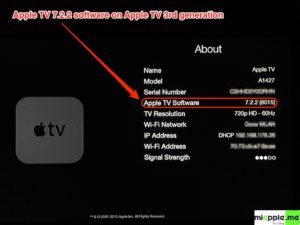 If you want to install Apple TV 7.2.2 software for the very first time, there could be the need to restore your Apple TV, meaning all added profile were deleted. Hence, re-install the certificate file to get PlexConnect running again. I used the same certificate file I generated for Apple TV 6 software and installed the profile following ‘PlexConnect: Installling Certificates On Apple TV Without USB‘. Finally, I configured the DNS of the Apple TV 3 to the IP address of my Plex Media Server according to the GitHub DNS configuration guide and PlexConnect works as good as before the update.

Finally, I am very delighted that the latest Plex, PlexConnect and OpenPlex are still running on Apple TV 7.2.2 software and macOS 10.12.2 Sierra.