Today, I have blogged for two years and this is my 150th post on miApple.me! I published my first blog post “My First Apple Anniversary on January 21st, 2012!” on miApple.me on January 21st, 2012. Exactly three years after I got addicted to the Apple world (my first Apple product was a iPhone 4), I can look back to a very exciting year 2013. Although the first year of miApple.me was more successful that I would have ever expected, the 2nd year was even better. I will give you a summary about the last year in the following.

First of all, here are the top ten posts on miApple.me of the last year:

In the following some facts of the 2nd year: 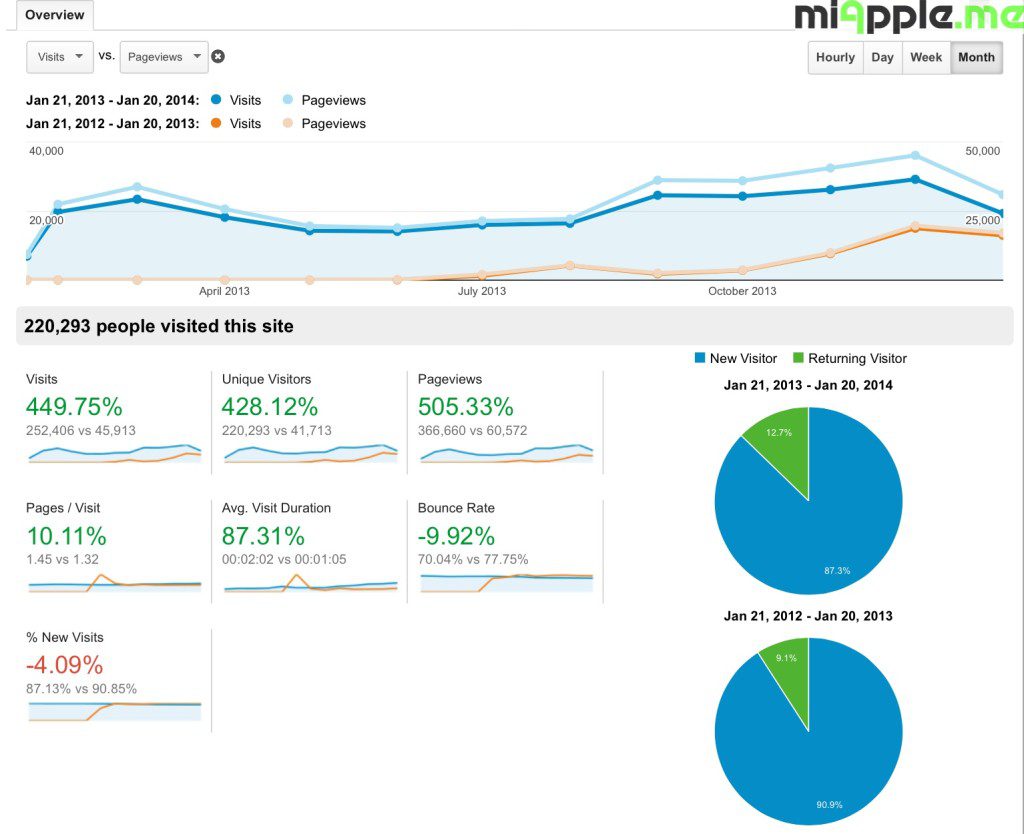 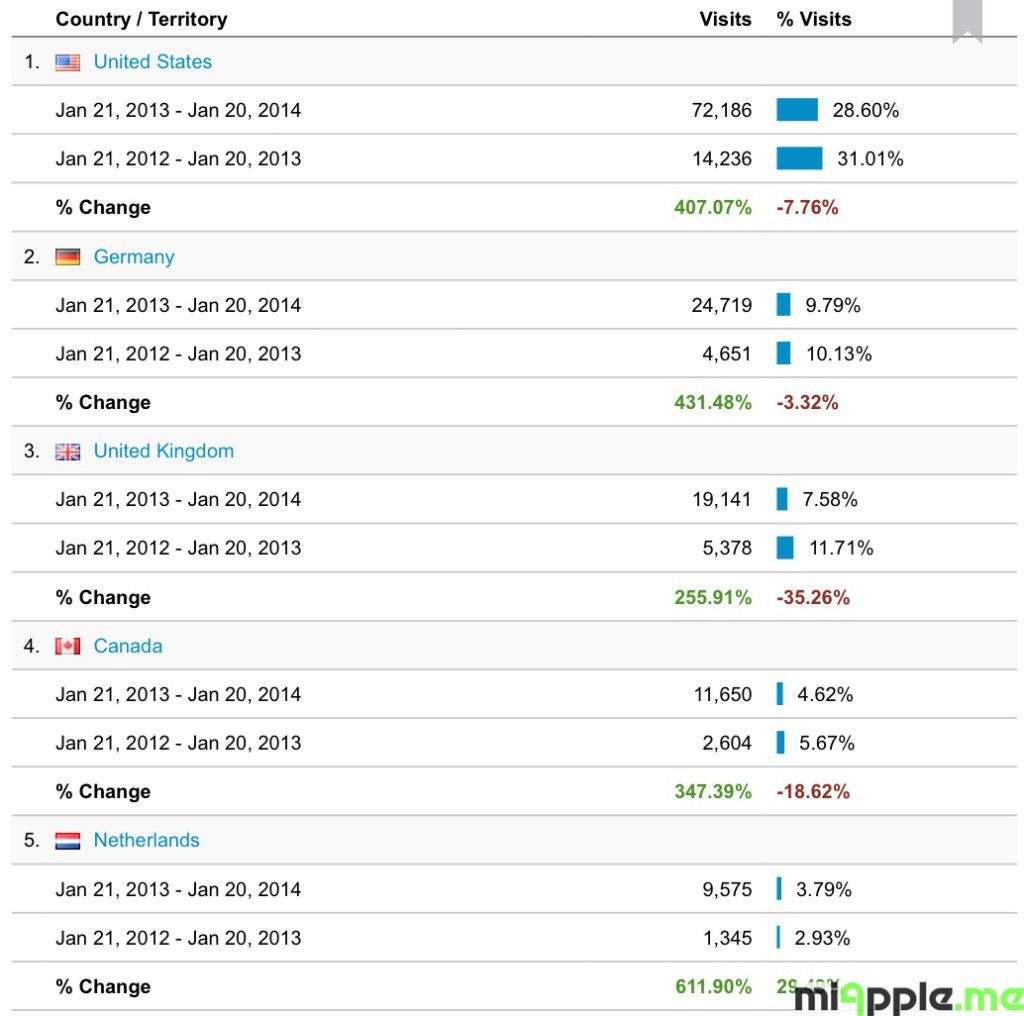 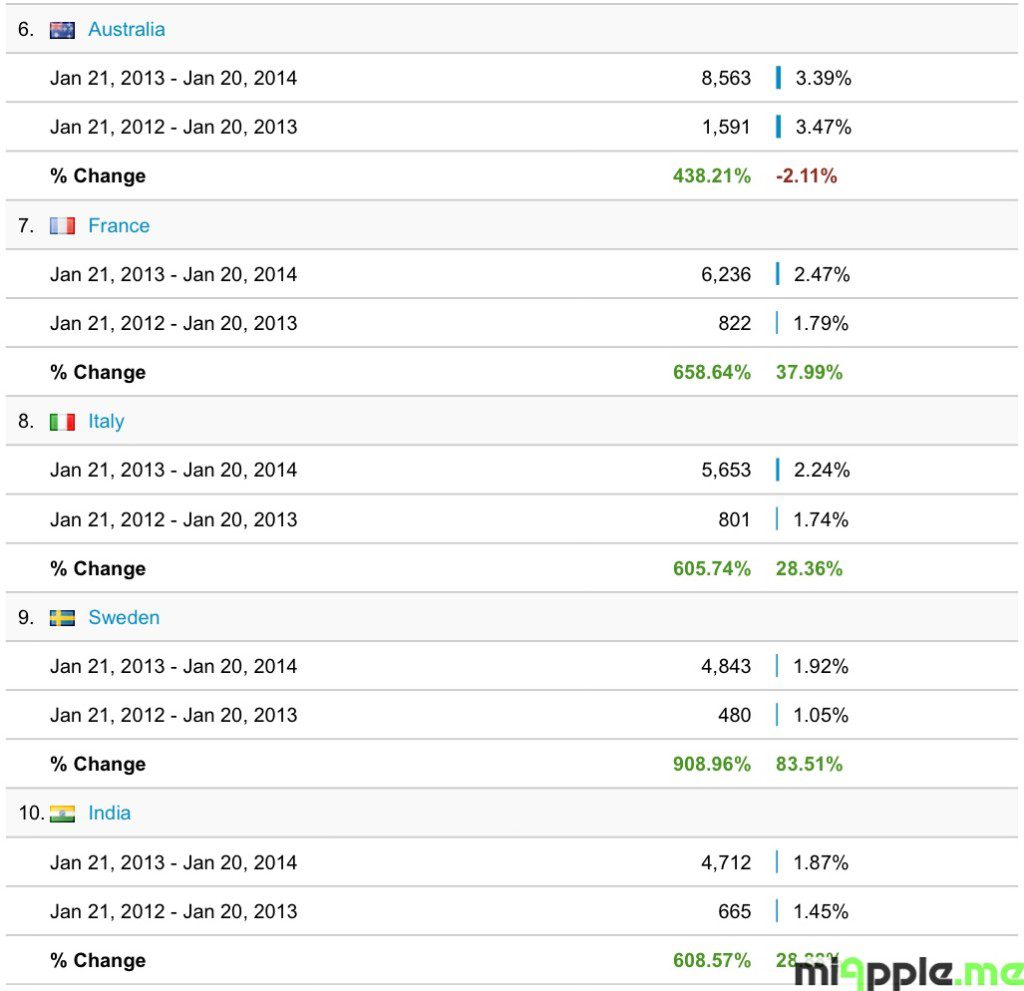 I would like to thank you all: My readers, commentators, subscribers and followers on Twitter, Facebook, Google+, YouTube and on any other social media! Last, but not least, I thank my family, especially my parents for giving me the opportunities to get addicted to the computer and internet world (a Commodore C 64 was indeed the better choice than a BMX bicycle 😉 ) and my wife for accepting that I’m spending a lot of my spare time for blogging! 😉