The OS X El Capitan 10.11.4 update improves the stability, compatibility, and security of your Mac.

Due to improved OS security, you must disable the System Integrity Protection ‘csrutil’, also called “rootless” before installing or updating OpenPlex (the latest 0.6 version dated February 19, 2016, should do this automatically) or OpenPlex Lite. Here’s the System Integrity Protection fix (but be aware that you’re loosing security! Re-activate it after Installation!): 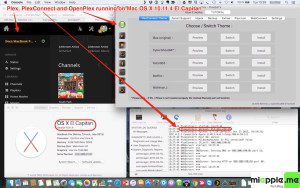 Further more, OpenPlex beta 0.6 was released with a new GUI on February 19, 2016, and is available for download as an installer app: