The OS X El Capitan 10.11.5 update improves the stability, compatibility, and security of your Mac. 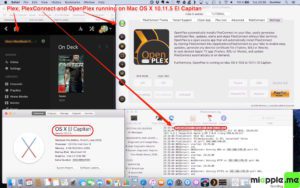 Further more, OpenPlex beta 0.6 was released with a new GUI on May 16, 2016, and is available for download as an installer app: